Drinking alcohol is a direct cause of at least seven forms of cancer, and the more you drink, the higher your risk, a new analysis found.

The report’s author said she hoped to cut through the barrage of studies and stories that can leave readers with conflicting views of alcohol’s effects.

After all, isn’t a nightly glass of wine supposed to be good for you?

SEE ALSO: Couples who get drunk together, stay together, according to a new study

“There is no argument, on current evidence, for a safe level of drinking with respect to cancer,” Jennie Connor, the author and a professor of epidemiology at Otago University in New Zealand, wrote in the analysis, published Thursday in the scientific journal Addiction.

She added that studies touting the perceived health benefits of casual drinking are “seen increasingly as disingenuous or irrelevant,” given the rising risks of a range of cancers.

Scientists at the agency similarly highlighted the link between alcohol and the same seven cancers in a 2013 paper published in the journal Future Oncology.

“Alcohol consumption is one of the most important known risk factors for human cancer and potentially one of the most avoidable factors, but it is increasing worldwide,” the authors of that study wrote.

Around 5.8 percent of total cancer-related deaths, or nearly half a million deaths, were directly caused by alcohol in 2012, a group of U.S., Canadian and Italian scientistsestimated last year.

“Cancer is a complex disease that is not yet entirely understood and requires more research,” he said.

But even light consumption — typically one daily drink for women, and two for men — can “minimally” raise the overall cancer risk, Harvard University researchers found in a2015 paper.

In the U.S., one drink is equal to a 12 ounce can of beer, a 5 ounce glass of wine, or 1.5 ounces of 80-proof distilled spirits, according to the American Cancer Society.

Those risks multiply for people who both drink and regularly smoke, particularly when it comes to cancers of the mouth, pharynx, larynx and esophagus, Connor said.

That doesn’t mean people who drink are necessarily doomed to get those cancers. And there’s some evidence that people who ditch alcohol can reduce their risks of liver, laryngeal and pharyngeal cancers, according to the Addiction report.

Still, Connor noted that, while heavy drinkers face higher cancer risks, low to moderate drinkers still experience a “considerable burden” of health hazards from alcohol. Yet many people don’t know about the risks, a problem Connor partly attributed to the news of alcohol’s potential benefits.

In an interview with the Guardian, Jana Witt, a health information officer at Cancer Research U.K., applauded the study and offered a few simple tips for lowering alcohol consumption.

“Having some alcohol-free days each week is a good way to cut down on the amount you’re drinking,” Witt said. “Also, try swapping every other alcohol drink for a soft drink, choosing smaller servings or less alcoholic versions of drinks, and not keeping a stock of booze at home.”

This article was updated to include comment from Distilled Spirits Council.

Yesterday at 7:24am ·from Leah Johnson
This is the link to the Chicago Tribune story: http://www.npr.org/templates/story/story.php .

GEORGE RYAN licenses for bribes, is your wake up call to focus on all our courts in every community. It is everyone’s worst nightmare waiting to happen, as we all painfully read almost everyday. As it was for me and my family and my beautiful daughter.22, and friend http://www.npr.org/templates/story/story.php

My mission is to bring people together to take action for accountability and culpability for the obstruction of justice and of the cause of the tragedy’s which were not prevented by collusion. and money laundering. This is violating our constitutional laws and rights to due process. It is contempt of our courts of law. by the prosecutor and judges,under their sworn oath. Ryan literally got away with the murder of the Willis  family 6 children.

CITIZENS COURT WATCHERS NETWORK needs your support and pledges to facilitate our analysis and research.to empower us (see Donation page in our menu). THIS IS UNACCEPTABLE; 6 years in a country club prison, Add that to the list of more fraud on the public. Our silence approves them literally for getting away with violating us. I encourage you to never forget that as your accountability. There power in numbers. Our protests and petitions will have power for a ROI (return on investment) on our money i.e. taxes,

The Tribune and other newspaper’s investigation exposed other people across these United States. Lives were at risk and died by his licenses for bribes scandal. The partisan court system is a giant business, a one party enterprise of patronage. Do not drive while intoxicated, as many repeat offenders do everyday. And you must be alert and not text & drive.

Driving is the fastest way to your mortality(death). Your government is the one to take action (for us) on the Federal State and Local level. For petitions and your outcries See www.change.org .

Former Illinois Gov. George Ryan arrives at a federal building in Chicago. Ryan is due to report to a federal correctional center in Oxford, Wis., no later than Wednesday.

U.S. Supreme Court Justice John Paul Stevens on Tuesday rejected an appeal by former Illinois Gov. George Ryan to remain free on bail while he appeals his corruption conviction. The 73-year-old Republican is due to report to a federal correctional center in Oxford, Wis., no later than Wednesday.

A federal jury convicted Ryan in April 2006 on fraud and racketeering charges. Federal prosecutors had alleged that under Ryan, the state of Illinois was basically for sale. They accused Ryan of presiding over state government offices that were thoroughly corrupt for at least a decade.

Ryan steered lucrative state government contracts and leases to friends and government insiders who gave him and his family vacations, gifts and cash.

“It was cronyism, where contracts were awarded to people. People were given inside information, they were acting upon it. And at times, George Ryan stepped into the process to make sure that those interests were taken care of,” said Chicago U.S. Attorney Patrick Fitzgerald at the time of Ryan’s indictment. Fitzgerald later called Ryan’s conviction “a low-water mark for public service, to have a governor, a secretary of state, to abuse his office in that fashion.”

The investigation into corruption in Ryan’s office began with a horrendous tragedy, while Ryan was still Illinois’ secretary of state. On Election Day 1994, a piece of a tail-light assembly fell off a semi-trailer on a Milwaukee expressway and bounced beneath a minivan, rupturing its gas tank and exploding the van into flames. Six children from the Willis family of Chicago, en route to a little getaway, were killed; their parents were severely burned.

Other motorists told police they tried to warn the driver of the truck that the piece was dangling dangerously, but he didn’t understand English. Federal law requires truckers to know and read English to get a license, and investigators were alarmed that this driver — who was from Chicago — didn’t. Wisconsin authorities notified the Illinois secretary of state’s office, which licenses drivers and was then headed by the freshly re-elected Ryan.

An internal investigation found the driver may have paid a bribe to get his license. Ryan’s response was to squash the probe and fire the investigators. Four years later, with Ryan campaigning for governor, federal prosecutors picked up the case. They began indicting employees in Ryan’s office for selling licenses for bribes and then funneling the cash into Ryan’s campaign fund. Ryan repeatedly denied he knew anything about the corruption. The U.S. attorney at the time, Scott Lassar, said in October 1998 that Ryan was not a target of the investigation at the time. So Illinois voters elected Ryan governor by a narrow margin over a squeaky-clean Democrat, then-Rep. Glenn Poshard.

The win capped a political career that began in the early 1970s, when Ryan, a pharmacist from Kankakee, Ill., won a seat on the Kankakee County Board. He went onto serve in the Illinois General Assembly, including one term as House speaker, and as the state’s lieutenant governor, before being elected secretary of state in 1990.

Though Ryan began his one term as governor triumphantly, with Ray Charles playing at his inaugural bash, he remained under a cloud of suspicion. The federal probe into Ryan’s former office widened, with investigators finding a wide-ranging scheme to use employees of the secretary of state’s office to raise cash for his campaign coffers. The probe culminated with Ryan’s indictment in 2004. In all, 79 people have been indicted in what the U. S. attorney’s office dubbed “Operation Safe Roads.” At least 75 people have been convicted, with no acquittals.

Still, many observers say Ryan used his time in the governor’s office effectively. Known as an old-style, back-slapping politician, Ryan forged effective relationships with both sides of the aisle. He initiated a long-overdue investment in the state’s aging infrastructure, repairing and replacing crumbling roads and bridges, investing in mass transit, and building new state buildings and schools.

His wheeling and dealing in smoke-filled backrooms led to legislative deals pumping new funding into the state’s schools. Ryan also worked with Chicago’s Democratic mayor, Richard M. Daley, to pass a ban on assault weapons — to the chagrin of many of his friends in his own party.

“Why would anybody take any great satisfaction that this man is going to prison?” longtime GOP state Rep. Bill Black told the Associated Press. “He had decades of, I think, noble service.”

To many, there is even a certain irony to seeing George Ryan in prison, because of his most notable work as governor: overhauling Illinois’ problem-plagued criminal justice system.

Ryan won international acclaim in 1999 for declaring a moratorium on executions in Illinois after seeing more than a dozen death-row inmates have their convictions overturned. He appointed a blue-ribbon commission to study ways to revamp the state’s capital punishment system. But with state lawmakers failing to enact some of those proposals, Ryan wasn’t convinced that the problems were completely fixed. In January 2003, he stunned the world by clearing out Illinois’ death row, commuting the death sentences of more than 160 inmates to life sentences.

“He recognized the entire criminal justice system is in serious need of reform and he’s made a most significant contribution to that effort not only in Illinois, but nationally,” Rob Warden, director of the Center for Wrongful Convictions at Northwestern University, said at the time of Ryan’s sentencing. “He’s done a great deal of good in life, and for it to end like this is tragic. It’s beyond tragic.”

Warden says Ryan will leave a noble legacy of reforming what he believes was a corrupt system that trampled the rights of some of the most vulnerable criminal defendants; many had served years in prison or on death row for crimes they did not commit.

“What George Ryan did in Illinois is going to have a tremendous impact on criminal justice reform throughout the United States in the next couple of decades,” Warden says.

Ryan’s efforts to reform capital punishment got him nominated for the Nobel Peace Prize. To many death penalty opponents, he is a man of honor and integrity. To the federal correctional system, he is a new inmate about to begin a 6 and 1/2 year sentence Wednesday at the federal prison in Oxford. 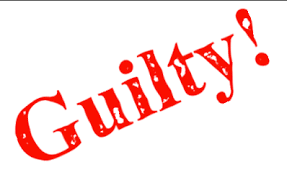