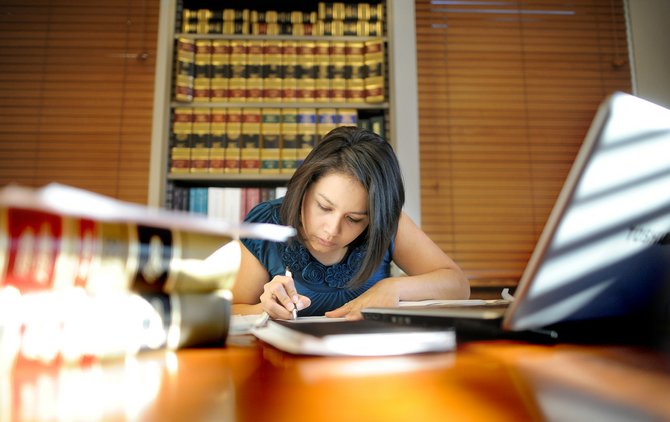 Definitions — The Jargon Used in Legislation

As with every other area of life, legislation comes with some jargon that, once mastered, should come in handy when you’re trying to understand the law. Here are some terms you may encounter when researching federal or state statutes:

Annotated Codes: Publications that combine state or federal statutes with summaries of cases that have interpreted the statutes. With a few rare exceptions, annotated codes are only available in a law library or on subscriber-based legal websites.

Bill: What a statute is called when it is introduced in Congress or a state legislature. When a bill is passed by both houses and the President or a state governor, it becomes a law and will usually be published according to its bill number in a publication called “Session Laws” or “Statutes at Large.”

Bill Number: Bills are referred to by number. The number really has two parts: the abbreviation for the specific wing of the legislature in which the bill is introduced, as in HB (house bill) or SB (senate bill), and the number which identifies the particular bill, as in HB 1507.

Chapter: A term that identifies a group of related state or federal statutes that have been gathered together within a particular Title or Code.

Chaptered: A bill becomes chaptered if it is approved by the legislature and signed by the governor.

Citation: Formal references to statutes that describe where they are published. For instance, the citation 23 Vt. Stat. Ann. § 1185 tells us that this cited statute is Section 1185 of Title 23 of the Vermont Statutes Annotated. And the federal citation 42 U.S.C.§ 1395 tells us that this cited federal statute can be found in Title 42, Section 1395 of the United States Code.Code: In general, the term “code” refers to the main body of statutes of the jurisdiction (for example, the United States Code or the Arizona Revised Statutes). The statutes that are published in a state’s code are grouped by subject matter into Titles, as in Title 11 of the United States Code (bankruptcy laws). In some states, including California, Texas and New York, the term “code” may be used both to refer to the overall collection of statutes and the separate subject matter groupings of statutes, as in “Penal Code,” “Family Code,” or “Probate Code.”

Enrolled: A bill is enrolled when both houses of a legislative body have voted to approve it and it has been sent to the executive branch (the President or a state governor) for signing.

Session Laws: When bills become law, they are published in a text according to the session of the legislature that enacted them into law. For instance, laws passed by the California legislature in 1999 were passed in the 1999-2000 session. The individual laws in the publication for a particular session (such as Session Laws 1999-2000) can be found according to their original bill number.

Statutory Schemes: Groups of statutes that relate to one particular subject. For instance, all of the federal statutes that make up Title VII of the Civil Rights Act (which forbids employment discrimination and sexual harassment) are known as a “statutory scheme” because they are all related to each other.

The Role of Statutes in our Legal System

When people talk about “what the law says” or “what the law is,” they are generally referring to statutes (sometimes called codes). Statutes, which are created by the U.S. Congress and by our state legislators, attempt to lay out the ground rules of “the law.” When disputes arise over the meaning of statutes, state and federal courts issue court opinions that interpret the statutes more clearly. This is referred to as “case law.” In addition, numerous federal and state agencies, such as the Environmental Protection Agency, the IRS, and the various Secretary of State’s offices, issue regulations that cover the legal areas that the agencies control (such as environmental law, federal taxes, and corporations law).

Should I Search Federal or State Laws?

Most legal research involves state statutes rather than federal statutes because states have the sole power to make the law in many areas, such as child custody, divorce, landlord-tenant, small business, personal injury, and wills and trusts. A growing number of legal areas are covered by both state and federal statutes, including consumer protection, employment, and food and drug regulation. (State laws give way to stricter federal laws that address the same issue.) Finally, the federal government alone creates the law for a few specific subject areas, such as copyrights, patents, bankruptcy, federal taxes, and Social Security.

How to Find a Law

There are two main ways to find a particular state or federal statute on a state’s website — by doing a search or by browsing the table of contents. Not all states allow you to do a search, but for those that do, simply enter a few terms that relate to the subject you’re looking for. For instance, in you’re looking for the minimum number of directors that your state requires a corporation to have, you might enter the terms “corporation” and “director.”

How to Design a Good Search

To do a good search you need to anticipate the words used in the statutes you are searching. For instance, if you are looking for a statute regarding drunk driving in a car, you might choose to use the search terms “vehicle” and “under the influence.” If that search pulled up hundreds of statutes, you probably want to narrow the search instead of reading each statute. You might add the words “alcohol” and “breath.” On the other hand, if the search doesn’t pull up any statutes, you probably want to broaden the search by using fewer search terms.

However, this can often be difficult to do because you may not know the exact terms your state uses to address the issue you’re researching. Browsing the table of contents of statutes is often a better way to find laws on your subject because it lets you look first at the general subjects (titles, or sometimes divisions). From there you can move to particular topics (chapters, or sometimes articles), and then to the precise statutes you need (sections). By browsing, you also get a general idea of all the statutes there are on a specific subject.

Make Sure to Read Related Statutes

If you are interested in a particular area of the law (for example, small claims court procedures), you need to read all relevant statutes on that subject. If you don’t, you may miss an important statute that contradicts the law you have found. For instance, one small claims statute may tell you that small claims court can be used for claims involving $5,000 or less while another statute that appears later in the chapter may set a lower dollar limit for cases involving evictions.

Fortunately, most statutes are organized in clumps called “statutory schemes,” which are published together in one title, chapter, section, or act. So, once you find a statute on your subject, it’s simply a matter of finding out where the statutory scheme starts (usually by backing up to earlier statutes) and then reading all related statutes until you reach a new title, chapter, section or act. For example, if you do a search on small claims procedure and find a relevant statute, you would then need to browse forwards and backwards until you are convinced that you’ve found every statute that may bear on that issue.

Sometimes, statutes you read will refer to other statutes. You should take the time to read those statutes as well. Often, they will include exceptions, further explanations, or details that are important to your issue.

How to Read a Law

Some statutes are clearly written, meaning that you can easily understand exactly what the legislature intended and what “the law” is on a particular subject. Unfortunately, many statutes are very difficult to understand. Exceptions to the statute, “whereases,” and cross-references to other statutes can make it very hard to understand what a statute means. Here are some rules to use when interpreting a statute:

How to Make Sure a Law Is Up to Date

Once a statute becomes law, it seldom remains unchanged for very long. A future legislature may change (amend) or revoke (repeal) a statute for any number of reasons. Unfortunately, many online collections of statutes are not kept up to date. For one, the online U.S. Code is often a year behind — it takes a lot of time to work new federal legislation into the existing organizational framework. In this case, you can use Thomas, a Congressional website that provides both pending and recently enacted legislation, to find out if there have been any recent changes to the statute you’re interested in.

In addition, many state collections of statutes are not up to date, but the state website will usually tell you the year that the collection was last updated. In that case, you will have to search all the bills that have passed since the last time the statutes were updated. The text of these bills is available on your state legislature’s website, which is often linked from your state’s statutes.