One of the questions I get asked very often is, “The government wouldn’t allow bad things to be put in our food, would they?  Isn’t that what the FDA is for?!”

I think this is a very fair question!  After all, isn’t that what the original purpose of a government was?!  So let’s clear up this elephant in the room once and for all.  I’ll start with the words of former FDA commissioner Herbert Lay:

“The thing that bugs me is that people think the FDA is protecting them.  It isn’t.  What the FDA is doing and what the public thinks it’s doing are as different as night and day.”

The simple fact that the government allows cigarettes, a proven cause of lung cancer, for legal sale in America should say more than enough about the government’s lack of consideration for the health of its citizens.  There is not a single health benefit or purpose that can come from cigarettes.

To make matters worse, the same chemicals that got America charged with unethical war crimes during the Vietnam War are being sold to American people for use on their lawns.  The same chemically-treated green grass that children run barefoot through are treated with essentially the same chemicals used in Agent Orange. 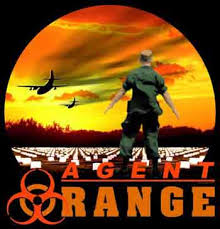 I know, those aren’t food items.  So how about some food examples?

Have you ever heard about cyclamate? This artificial sweetener was deemed GRAS (generally recognized as safe–the standard used by the FDA to either allow or disallow products into the market) in 1958.  It was marketed to diabetics as an alternative sweetener and also offered as a tabletop sweetener. 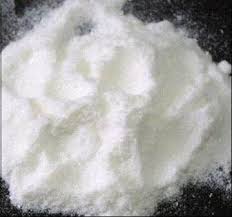 Eight years later in 1966, a study revealed that this product could be chronically toxic.  Further studies in the following years proved that it contributed to or caused bladder cancer.  Consequently, it was taken off the market in 1969–11 years after it had been put into food and sold at grocery stores.

While the FDA eventually responded to those studies, this is not their normal way of operating.  For instance, hydrogenated oils are banned in other countries.  So is adding fluoride to drinking water.  And countries in Europe require that a special warning label be put on all foods containing artificial food dyes.  The warning must state that it can cause hyperactivity in some children.

Interestingly, all of these ingredients are allowed for use in food by the U.S. FDA.  (They are also some of the most toxic ingredients.)

And it doesn’t stop there.  The chemical sodium nitrites/nitrates is used in processed meats such as pepperoni, hot dogs, sausage, and lunchmeat.  Health Ranger Mike Adams says about this ingredient: 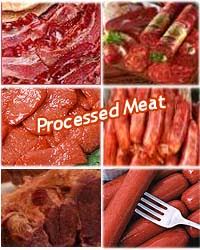 “Sodium nitrite is a dangerous, cancer-causing ingredient that has no place in the human food supply.”

The USDA actually tried to ban sodium nitrite in the 1970’s, but was preempted by the meat processing industry, which relies on the ingredient as a color fixer to make foods look more visually appealing. We now know a few things about this preservative:

When study after study revealed the high risk of leukemia and other cancers this preservative causes, what did the government do? Did they require its removal from our food supply?  Unfortunately no.  A discovery was made in 1970 that the addition of ascorbic acid (vitamin C) helps inhibit the formation of nitrosamines–cancerous chemical compounds.  As a result, the government requires 550 ppm of ascorbic acid be put into foods containing sodium nitrites.

So instead of requiring the cancerous ingredient to be removed, they simply required the addition of a vitamin to slow the cancer down.

But even those requirements are becoming lax.  Food manufacturers are also allowed to to use erythorbic acid, a cheaper version of ascorbic acid.  And for those food manufacturers who really care about their consumers health, they might also add vitamin E to further inhibit cancerous growth in consumers’ bodies as a result of eating their products.

Without citing the statistics and studies regarding the dangers of other things like MSG’s (which we’re currently covering on our Facebook page), hydrogenated oils, high-fructose corn syrup, etc., I think it’s clear that horrible toxic chemicals are being allowed in our food supply. And in everything else. The government is fully aware of their dangers.

Unfortunately, the government does not value the health of its citizens over their profits.  When we also learn how they ban successful natural cancer cures and treatments in this country, we see further evidence to that effect.

(For more information on the legal drugs in America and how they also destroy our health for the sake of profit, check out my post In Medicine We Trust.

“My people are destroyed for a lack of knowledge.” (Hosea 4:6)

If pursuing knowledge about how to take care of our bodies doesn’t appeal to us, then we can go on trusting the FDA. Ignorance is bliss, until it turns into cancer.

But I want to encourage you that it also isn’t necessary to do endless hours of research.  We can simply strive to get our diets back to God’s original plan outlined in Genesis 1:29:

Then God said, “I give you every seed-bearing plant on the face of the whole earth and every tree that has fruit with seed in it. They will be yours for food.

Buy things that are grown–as much as possible. If it comes in a box, bottle, jar, plastic container, can, or any other packaging, the nourishment you’ll get from it is questionable.


The more food we buy in packaging, the more we’ll have to learn about ingredients.

If we really want chips, canned soups, and other processed foods, we will have to learn to study labels.  If all the nutrition is heated out of it, then it will hinder your health even without dangerous chemicals.

However, if the food was recently alive, it will keep you alive and healthy.  You won’t have to read the list of ingredients, because there won’t be one!  Buy more produce.  Spend more of your money in the produce section and less in the middle aisles.  Shop farmer’s markets.  And plant a garden!

And for those who are finding this journey overwhelming, be encouraged that we will spare our children from this overwhelming task if we get back to the traditional way of life and teach it to our children!  Traditional societies spent every day teaching their children how to catch and grow their food, and how to get the most nutrition out of it.