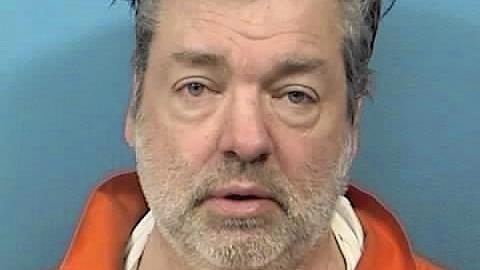 a 62-year-old man who whose blood-alcohol content was more than three times the legal limit when he crashed his SUV in Naperville last year was sentenced Wednesday to three years in prison for his fourth DUI conviction.

Naperville police said they found 15 cans of beer inside David R. Carlson’s sport utility vehicle following the Feb. 6, 2015, crash on the city’s far northwest side. A breath test determined Carlson’s blood-alcohol content at the time was .278.

Carlson, of the 5300 block of Woodland Drive in Oak Forest, pleaded guilty Wednesday to a felony charge of aggravated DUI/fourth violation, according to DuPage County court records.

Three other counts of aggravated DUI were dismissed in exchange for the plea, as were five traffic citations, records showed. Judge Robert A. Miller accepted Carlson’s plea and sentenced him to prison, followed by two years of mandatory supervised release, records said.

Carlson crashed his vehicle at the intersection of North Aurora Road and Route 59, landing in a concrete ditch created by the mammoth Route 59 reconstruction project under way at the time.

Police found Carlson walking toward a nearby pharmacy, and when asked if he had been drinking, Carlson said, “Don’t do this to me,” and that he had “to take care of his wife,” who was not with him at the time, police reports said. Carlson also claimed “his doctor was sending him to the hospital tomorrow for alcoholism,” the report said.

Carlson could not perform the sobriety tests police administered on the scene, and 10 empty beer cans and five full cans were found on the floor and center console of his SUV.

At the time of his arrest, Carlson was wanted on arrest warrants for DUI cases pending in DuPage and Lake counties and in Crown Point, Ind. Carlson had had his license revoked several times for DUI, reports said.

Attempts to reach members of Carlson’s family by telephone for comment Wednesday were unsuccessful.

Carlson is being held in the DuPage County Jail pending his transfer to the Illinois Department of Corrections.